Congratulations to the following Toastmasters for being elected to serve the club.

The entire club is looking forward to another great year led by this talented and committed group of Toastmasters. 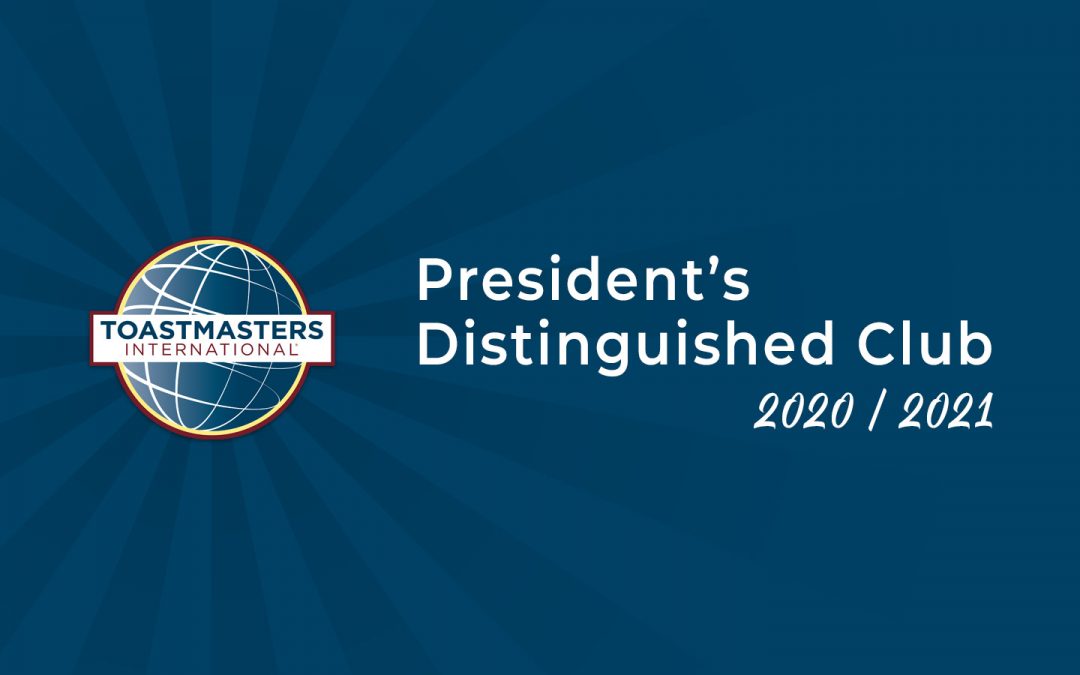 Glen Abbey Toastmasters is proud to have earned President’s Distinguished Club status for the 22nd year in a row.

What is President’s Distinguished Club status?

What is the Distinguished Club Program?

The Distinguished Club Program includes 10 goals that every Toastmasters club in the world strives to achieve each year. The 10 goals are grouped into four areas:

Glen Abbey Toastmasters achieved 10 goals. Each checkmark on the right counts for one goal / one point.

Why Does It Matter?

If you’d like to become a great public speaker – visit our club any time. 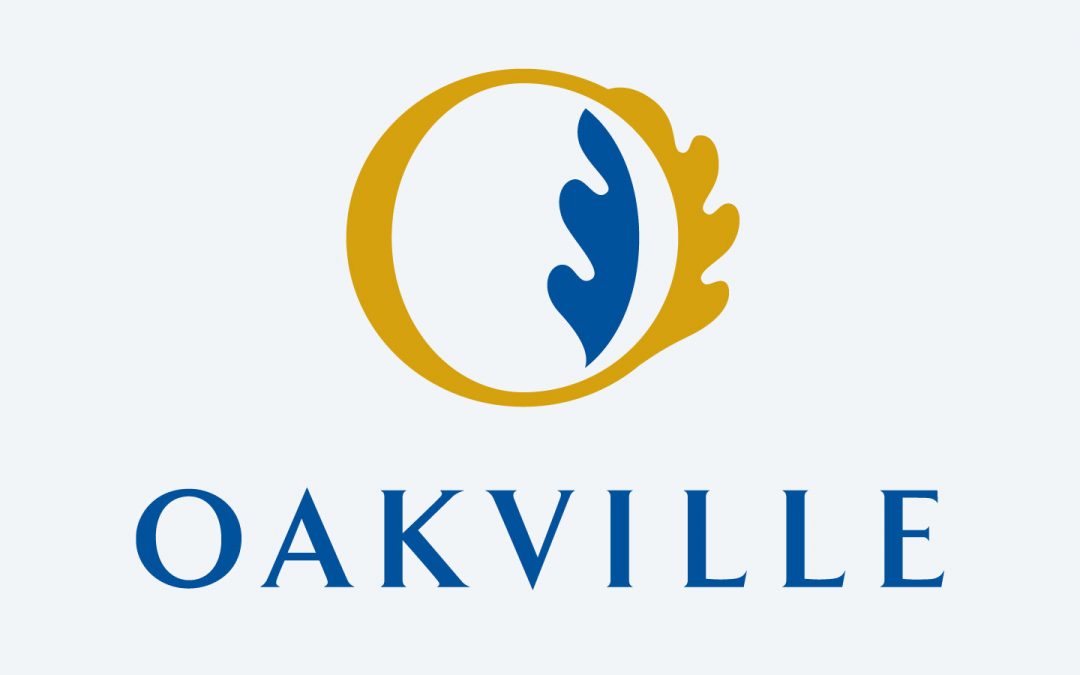 Oakville Mayor Rob Burton is proclaiming April as Toastmasters Month for the Town of Oakville.  This is a great honour for all Toastmasters clubs in Oakville including: 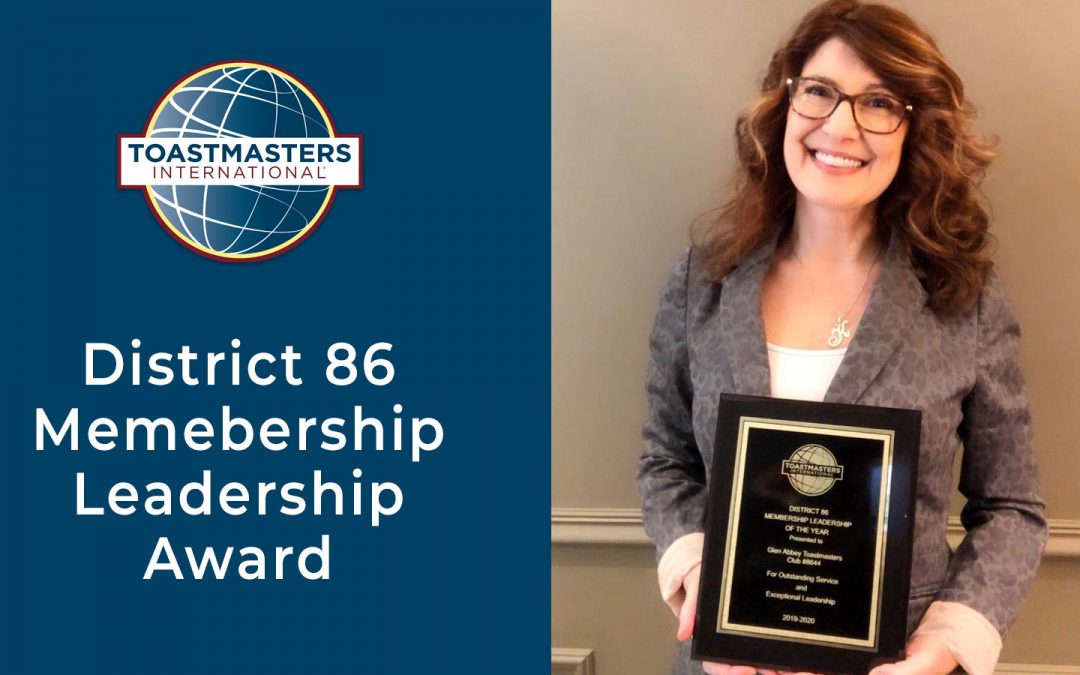 Glen Abbey Toastmasters won the Membership Leadership at the District level in 2019/2020!

In 2019/2020,18 new members have joined our club despite the challenges that all the clubs because of the pandemic.

Congratulations to GlenAbbey Toastmasters and the 2019/2020 executive team! 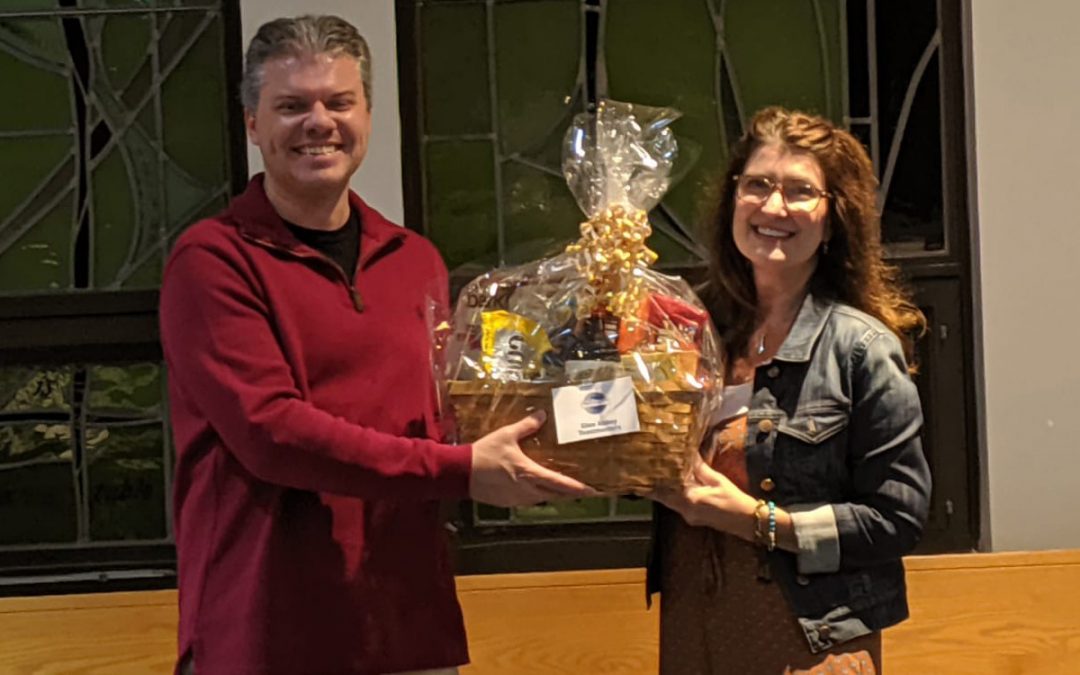 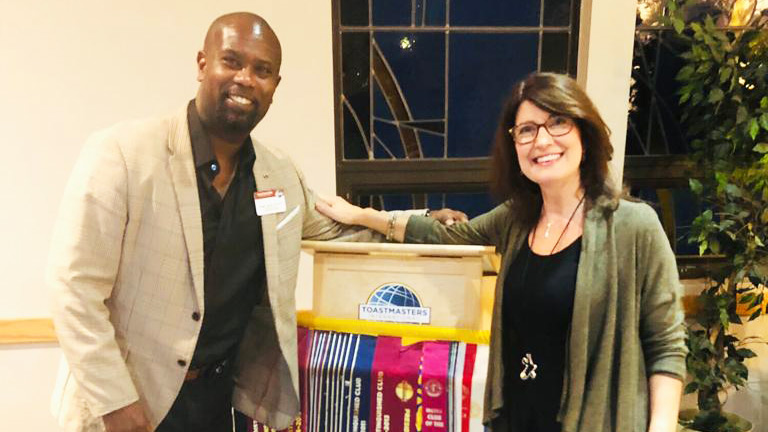 On May 8th, 2019, Glen Abbey Toastmasters had the pleasure of welcoming guest speaker Roger Caesar to our club.

Roger Caesar is a 4-time District 86 Speech Champion, a 3-time international award winning speaker and a 3 time semi finalist at the World Championships of Public Speaking. He is also a motivational speaker who helps others to develop their speaking skills and maximize their greatness. In 2018, he was the recipient of the City of Brampton Volunteer Award for helping start up entrepreneurs.

Roger wowed our club with his inspirational message in a speech titled “Didn’t See it Coming!”. He talked about the personal struggles he has gone through, and how we all need to look past the “small picture” failures and focus on the “big picture” – what we truly want out of our lives – in order to keep pushing forward and succeeding.

What is a Distinguished Toastmaster?

The Distinguished Toastmaster is the highest award Toastmasters bestows. The DTM recognizes a high level of achievement in both the communication and leadership tracks in the Toastmasters education program. To be eligible for the award, you must have completed / earned the following (links take you to details at Toastmasters International):

Keith joined Toastmasters in 2009, and over the last 6 years completed over 75 speeches at Glen Abbey, at other clubs, and at District 86 events.  In addition, he held roles as the Glen Abbey Toastmasters Club VP PR, Club President, and Area Director.

I joined Toastmasters with the goal to improve my public speaking and particularly my interviewing skills. Table Topics was instrumental in helping me achieve that goal. Over time I have become much more confident and able to stand up and deliver speeches in many situations in my personal and professional life.

One of the surprises I found with Toastmasters was the leadership component of the program. I took on leadership roles on the executive of GATM and went on to become an Area Director serving and leading 5 clubs in Mississauga.

Many individuals have helped me along the way.  I would like to say Thank You to all, who have applauded when I spoke, who have provided verbal or written evaluations. Thank you to all who have encouraged me with “good job Keith!” or a friendly pat on the back.  This is what Toastmasters is all about, as safe supportive environment to learn and develop.

I actively promote Toastmasters when the opportunity presents itself and encourage everyone to sign up and take advantage of this fantastic program!

A fun halloween-themed meeting was held at the GATM on November 1st, 2017. Our members were dressed up in great Halloween costumes and shared ghoulsidh stories and spook-tacular evaluations. What a fun night!

Why did you join Toastmasters?
Originally, I wanted to improve my English listening and speaking skills. With the help of Glen Abbey’s experienced club members, I improved my public speaking skills.

What have you learned from your Toastmasters journey?
I learned a lot from the Toastmasters. After every speech, I received constructive feedback from my evaluator and club members. Many experienced members took a lot of time to help me improve my tone and gestures and encouraged me to continue to practice my public speaking skills.

What surprised you about Toastmasters?
How really encouraging the environment is. After my first speech, I was waiting for the criticizing feedback, but instead – the evaluator was really encouraging and pointed out my strong points while gently and kindly mentioning areas that could be improved. This helped me a lot to continue to practice.

What do you like most about our club?
The really friendly encouraging environment. Many club members are not only excellent public speakers, but also the humorous performers.

What is a Distinguished Toastmaster?

The Distinguished Toastmaster is the highest award Toastmasters bestows. The DTM recognizes a high level of achievement in both the communication and leadership tracks in the Toastmasters education program. To be eligible for the award, you must have completed / earned the following (links take you to details at Toastmasters International):

Reema joined Toastmasters in 2010, and over the last 6 years completed over 75 speeches at Glen Abbey, at other clubs, and at District 86 events.  In addition she held roles as the Glen Abbey Toastmasters Club VP PR, Club President, and Area 35 Governor.  She also led the Toastmasters 86 Member Communications and Engagement Committee, and received the District 86 Legacy Award for her vision and foundational work in designing the District 86 communication strategy / channel.

Reema says “Toastmasters is one of the best things I have ever done.  The program is exceptional and the peer2peer format creates a very supportive and positive environment for everyone to become better at public speaking and leadership. I encourage everyone to come to a meeting to see what it’s all about.”

Next Steps?  “I’m thinking about what I have to do to become an Accredited Speaker……… but that will take another few years.  I’m in no rush.  In the meantime, I hope to be able to mentor new club members and help the club celebrate our 25th Anniversary in 2017.”

At Glen Abbey Toastmasters, people with similar communication and leadership goals and interests come together to support, guide and encourage each other. We are a welcoming, diverse community where you can make connections with friends and mentors.

With 2017 as the 25th anniversary of our founding, the club’s continued success has been the result of the contributions of talented and dedicated members and the energy and leadership of executive committee members through the years.

I’m very excited and honoured to be President for 2016/2017 year. I invite you to explore what we to offer you through our website and discover what sets us apart from other Toastmaster clubs. Want to experience one of our meetings for yourself?

Join us at an upcoming meeting as our guest and don’t hesitate to contact us with your questions.

Glen Abbey Toastmasters recently held Club Elections for the 2016/2017 season.  Congratulations to the following members who ran for election and will be leading our club next year:

It is truly a difficult and long path that Reema Duggal has travelled!

A Beginning and An End

Cheers to new Toastmaster Nicole Wong as she delivered her first speech and began her journey towards Competent Communicator. Wish you the best of luck and hope you enjoy your journey.

Congratulations to Toastmaster Roberto Fazio as he deliveried his tenth speech and achieved Competent Communicator. Cheering you on as you work towards the next level of certification: Advanced Communicator Bronze.

“Just wanted to share my experience competing in the Humorous Contest 2015 at our club and area levels. I have to say that if you asked me when I joined GATM in 2013 that I would actually be competing in any speaking contest, I would say that you were crazy. Through the Toastmasters program and the support of a great club like GATM I had soon mustered enough confidence to sign on to compete. It was quite a surprise to myself to place first at the club level and second at the area level. I could not have done it without the encouragement and coaching of the members at this club!”

Huge accomplishments and congratulations to these 5 dedicated Toastmasters as they all recently completed 6 speeches from the Competent Communicator manual.

As Toastmasters that have completed 6 speeches, they are presented with a Certificate of Merit to commemorate their feat. In addition, they are now eligible to compete in the Toastmasters International Speech Contest.  Congratulation Toastmasters and keep up the great work!